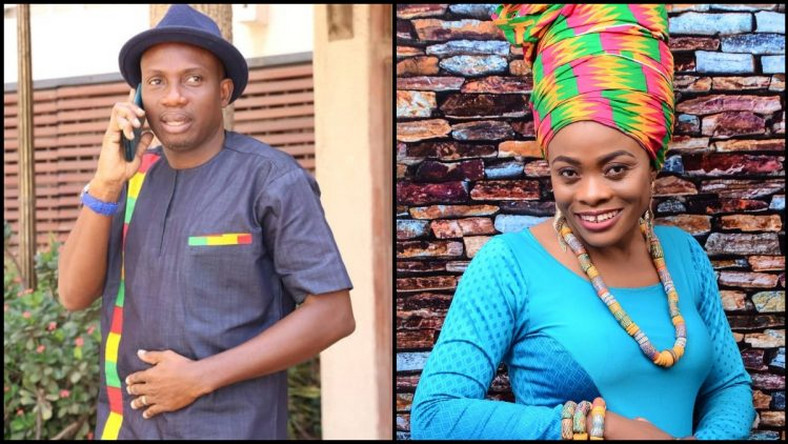 Counsellor Lutterodt and Evangelist Diana Asamoah have clashed on live radio and used foul words to address each other.

The two were engaged in a hot argument on Okay FM over Mr George Lutterodt saying that Cecelia Marfo needs mental evaluation over how she employs weird actions such as slaps and spitting to deliver people.

Later on Adom FM, the gospel talking about her clash with Counsellor Lutterodt reportedly described him as a “lunatic”. Reacting to this, the controversial counsellor has now labelled Diana Asamoag as “uncooked food”.

Speaking on Accra-based Rainbow Radio, he said, “how can uncooked food [Diana Asamoah] insult me on air, she is such an ungrateful person, she has soon forgotten how she used to walk in the markets to preach…what hurt me most is the fact that she lacks respect for men of God”.

He added that “her actions have caused unbelievers to make mockery of us because they see us as staunch followers of Christ who are supposed to set the standards for people to follow yet we are here fighting which is very bad”. Watch an excerpt of their clash below.

Govt not helping the people like it promised – D-Black